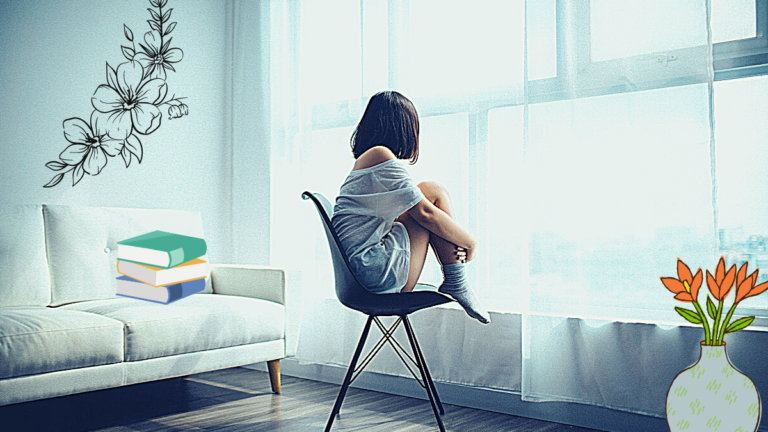 Depression can also be called a major depressive disorder. It is a mood disorder that makes you feel sad and lose interest in daily life activities. We may feel sad or depressed at times. It is normal. Sometimes, you feel helpless. hopeless, and worthless and these feelings stays for long, it may be more than sadness. You could have clinical depression, which is a treatable disorder. There are many side effects of depression.

Depression is a common disorder. According to the Centers for Disease Control and Prevention (CDC), about 8.1 percent of American adults ages 20 or more had depression.

Depression affects people in different ways. It may affect your daily work and you got trouble in productivity, it may influence your relationships or cause other health issues.

Here are some of the medical conditions that can get worse due to depression:

We need to realize that feeling down at times is normal and a part of life. Ups and downs are part of life. But, if you are depressed for a long time and you get upset about little things and continue to feel down or hopeless, you could be dealing with depression.

Depression is a serious medical issue that can get worse if not treated. Those who ask for the treatment may feel the change in few days.

Depression can be much more than a constant state of sadness.

In major cases, a variety of symptoms can be seen. Some affect your body, others affect your mood. Symptoms may come and go.

A normal doctor will diagnose depression if you have 5 of these symptoms for more than 2 weeks.

You may also feel:

These are some common symptoms of depression. Not everyone gets the same symptoms. How long they last, how severe they are, how often they happen can vary.

Depression is a seasonal affective disorder. You may get symptoms in patterns.

People with depression have some physical signs and it’s common. They include back pain, joint pain, sleep problem, and digestive problem. This is because the brain chemicals are linked with depression, especially serotonin and norepinephrine are associated with mood and pain.

The symptoms of depression can be different in men, women, and children.

Men may experience symptoms related to their:

Women may experience symptoms related to their:

Children may experience symptoms related to their:

Many things are there that can increase the chance of depression, including:

Abuse- Emotional, sexual, or physical abuse can cause depression later in life

Some medications- Some drugs such as isotretinoin, interferon-alpha, and corticosteroids can increase your risk of depression

Age- People who are elderly are at great risk of getting depression. It can be made worse by other factors, such as living alone and having no social support

Personality- Some individuals may be at more risk of getting depression due to their personality, especially if they have low self-esteem, perfectionist, and have negative thoughts towards their personality

Life events- Research suggests that long-term life events are the major cause of depression. It could be continuing difficulties, unemployment, abusive relationships, loneliness or long-term isolation, and work stress. Short-term or recent life stresses cannot cause depression. However, recent events like losing your job or a combination of the event can trigger depression if you are already at risk

There are several types of depression. Some common are:

Individuals with major depression may experience constant sadness. However, they may lose interest in the activities they used to enjoy.

The usual treatment for major depression is medication and psychotherapy.

Bipolar disorder is also known as manic depression. In this state, you have mood episodes that range from high to low energy.

In the low phase, you will feel the symptoms of major depression. Medication can help control mood swings. The doctor may suggest mood stabilizers such as lithium.

If the depression lasts for 2 years or more then it is called a persistent depressive disorder. This term represents two conditions dysthymia and chronic major depression.

This condition can be treated with medication, psychotherapy, or maybe a combination of both.

The seasonal affective disorder is a major disorder that usually happens during the winter season. It typically goes away in summer and spring.

In this condition, anti-depressants can help.

People with psychotic depression have the symptoms of major depression along with the psychotic symptoms. These symptoms include hallucinations and delusions.

Side effects of depression

Side Effects of Untreated Depression

Untreated clinical depression is a serious issue. It can increase the chance of risky behavior such as liquid and drug addiction. In addition, it can demolish relationships, cause issues at work, and make it hard to defeat serious diseases.

Clinical depression also known as major depression is a sickness that includes the body, state of mind, and musings. Clinical depression has many side effects. In addition, it affects your eating and sleeping habits. It affects the way you feel about others.  It even influences your thoughts.

Individuals who are depressed can’t just “get a hold of themselves” and be cured. Without legitimate treatment, including antidepressants and additional psychotherapy, untreated clinical depression can keep going for quite a long time, months, or years. Appropriate treatment can help people with depression.

What are the side effects of untreated clinical depression on physical health?

There is mounting proof that clinical depression negatively affects health. The latest investigations investigating health and major depression have taken a gander at patients with stroke or coronary artery disease. Results have shown that individuals with major depression who are recuperating from strokes or heart attacks have a more troublesome time settling on medical services decisions. However, they likewise think that it’s harder to adhere to their primary care physician’s guidelines and to adapt to the difficulties their sickness presents. Another investigation found that patients with major depression have a higher danger of death in the initial not many months after a heart attack.

What are the side effects of untreated clinical depression on sleep?

How does untreated depression affect my family?

Living with a depressed person is quite difficult and stressful for friends and family members. So, it’s often useful to have a relative associated with the assessment and treatment of a depressed family member. Some of the time conjugal or even family treatment is shown.

The Side Effects of Depression on Your Body

Depression is one of the common health illnesses. Although it is a mental sickness, If not treated it can cause severe health issues.

Side effects of depression include: